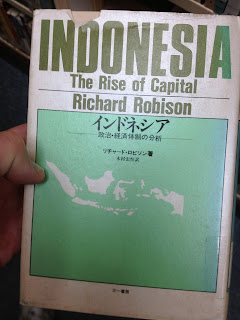 I came across Supermoney in a list of investment books.  I forget whose list recommended it, but suspect it was more than one.   So I'm now guilty for not giving credit to the site and peerson(s) who turned me onto the book, as I thoroughly enjoyed it.

Published 41 years ago (1972), I was surprised by how much the investment world today is similar to the one described. In 1972 the US equity indexes were not doing well after the market boom of early-and mid-1960s.  The Dow fell some 35% between 1968 and mid-1970 when I image the bulk of the writing was done. It was not until 1985 that a sustained bull market started.

The book highlights deals gone bad, investment managers overpaying for growth, and the rejection of hedge funds and finance as a career by university graduates.

Despite the plethora of investment books, academic papers, investor newsletters, magazine articles, and blogs that highlight the fallacy of accounting; market booms and busts, under and overvaluation of asset prices, financial crisis, etc., our basic greed and fear mentality remain intact.

I found Supermoney to be relevant to Asia today.  This is because the equity markets and ownership pattern in my part of the world seem to be very similar his description of America 40-60 years ago. (I live in Hong Kong).

Below are some observations linked to quotations from the book.  I've added comments and examples

MM comment: think about the rapid increase in financial regulation after 2008's crash.


Currency debasing as cause of national decline
Quoting The International Harry Schultz Letter: "A people can only sink lower without a dependable store of value.  Currency debauchery is the sole source of US decline and decadence - just as it has been in every society of recorded history."


Giving Investors What They Want
"The supply of growth companies grew to meet the demand."

MM Comment: think about the large increase in US listed Chinese companies


Fallacy of Nicely Growing Earnings
"Everywhere you looked, there was a company with a neat stepladder of growing earnings.  Some kept the stepladder right up to the day they filed for bankruptcy."


Fallacy of Corporate Accounts
"What did it mean to have distinguished accounting name on reports?", "'Nothing,' said Thornton O'Glove, an accountant who writes a newsletter on accounting for a Wall Street firm, 'The signature is worthless.'"

Quoting Leonard Spacek, then a senior partner and chairman emeritus of Arthur Anderson & Company, one of America's Big Eight accountanting firms at the time: "How my profession can tolerate such fiction and look the public in the eye is beyond my understanding.  I suppose the answer lies in the fact that if your living depends on playing poker, you can easily develop a poker face.  My profession appears to regard a set of financial statements as a roulette while to the public investor - and it is his tough luck if he doesn't understand the risks that we inject into accounting reports."

MM comment: I continue to hear about accounting frauds and accountants on the take in Mainland China.


Hedge Funds Attracting the Greedy
Quoting a former dean of Harvard Business School admissions,"'Last year,' I said,' my classes all wanted to go right to work for a hedge fund.  You couldn't even offer them twenty thousand a year, because they were going to run five million into ten in a year and take twenty percent of the gain. I used to say, 'Good morning, greedy little bastards.'"

MM comment: reminds me of last few years in the US


On Malthus and the futility of making forecasts (my favorite quote so far)
"If you had assumed our population growth in 1880 without the automobile, you could have assumed asphyxiation by horse manure".

MM comment: most forecasts just don't work (i.e. The Signal and the Noise by Nate Sliver)

The author sounds a bit like the Michael Lewis of the late-60s to early-90s.  'Adam Smith' is actually George Goodman, a Rhodes Scholar.  According to Wikipedia he was in the US Army Special Forces' intelligence group concentrating on psychological warfare.  In the mid-80s he started Adam Smith's Money World which ran on America's respectable Public Broadcasting System (PBS). The program won five Emmy Awards. He also wrote three novels and spent time in Hollywood writing screen plays.

I was thrilled to get this book fresh from HK University Press.  I've heard about YK Pao for many
years and always had a favourable impression of him and the business empire he built.  But actually I knew very little about him, and his two largest companies - World Wide Shipping and Wharf/Wheelock  - as he was retiring about the same time I was starting as an analyst in Asia. 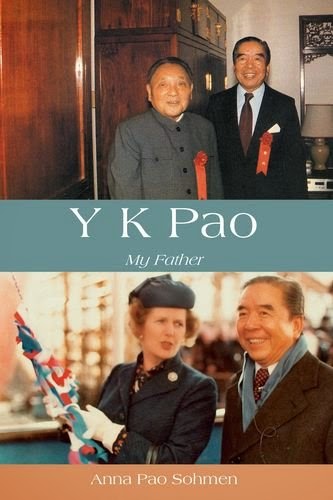 For those who don't know, YK Pao built the world's largest shipping company in twenty years from a single used ship he purchased in 1955.  By the mid-70s he was on the cover of Time magazine.  He later went on to acquire the Wharf/Wheelock group which was the first ethnic Chinese takeover of a British owned 'hong', or trading house.  His net worth when he passed away in 1990 was estimated at some US$11b.  Along the way he met and built relations with some of the world's most influential people including Deng Xiaoping, Margaret Thatcher, and Li Ka-shing, amongst many others.

My perception of him was that of an old-school, Ningbo-to-Shanghai-to-post-liberation-Hong Kong transplant doing do the right thing for himself, his family, as well as the greater community.   With the book being written by his daughter I suspect this image would be reinforced.

And it was.  His daughter is certainly filial and after putting the book down, it was hard to remember any faults, bad habits or annoying traits that her father possessed.  But then I doubt I would be very objective when writing about my own flesh-and-blood.  Despite the lack of objectivity, the book provides good insight into the history of a self-made man who through hard work, connections and good fortune made a lot of money - and did a lot of good.

The book notes that YK Pao appears to have been one of the closest non-Mainland confidants to Deng Xiaoping.  This closeness and YK Pao's international experience, contacts and stature helped on several fronts.  This included building the first foreign funded hotel in China, setting up one of the first private-government joint-ventures (for the hotel), and smoothing China-British relations in negotiating Hong Kong's return to Mainland China.

There is also good insight into HK business circles of the 60s and 70s. Particularly how YK Pao's good relationship with senior HSBC bankers and Li Ka-shing  helped him to outbid Jardines in taking  control of Wharf/Wheelock.

The book also provides good insight into the Pao family and his four daughters.  They all married people from different backgrounds.  The author and oldest marrying an ethnic European, the second a Hong Kong raised Shanghainese, the third to an American of Japanese ancestry, and the youngest to a successful Hong Kong businessman.

Despite his initial objection to his eldest daughter not marrying an ethnic Chinese, once her decision was final and the marriage complete, YK Pao brought him into the business on equal footing as he did his three other son-in-laws.  I suspect this was very forward and open-minded from someone in the late 1960s.  Especially from a man who lived in 1930/40s Shanghai when ethnic Chinese were prohibited from entering 'public' parks located in the European concessions.

Keeping with the tradition of handing the business to his sons, YK split his businesses into four parts - one for each son-in-law. The largest and central business - shipping - went to the eldest son-in-law, despite his European heritage.  The second largest business, Wharf/Wheelock went to the second-eldest.

The book also highlights YK Pao's charitable works.  Like other successful entrepreneurs he never forgot his roots and he and his daughters have given generously to educational and other institutions in the family's hometown of Ningbo, as well as Shanghai, Hong Kong and other places.

My biggest criticism is not the lack of objectivity, but lack of an index.  There is a great deal of valuable information that scholars and others would/should value but is hard to find to without an index.  This oversight is especially surprising as it given its academic linked publisher.